For almost 30 years we have offered expert beauty treatments for both Women & Men by qualified therapists. Our Beauty therapists are here to provide you with treatments tailored to your needs and will be happy to provide you with expert advice regarding our treatments and products. The Evolve team are highly experienced and fully trained so you expect nothing but the best service possible. 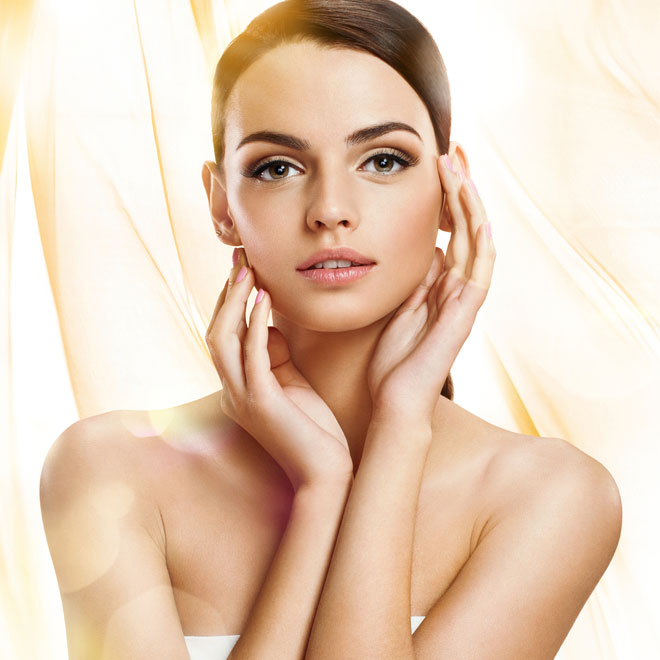 For more information or to book in for treatments please call us on
01942 842 454 and we would be more than happy to help you.

Let us put the ‘man’ in manicure, a little stubble into our facials and let us help you with those ‘manscaping’ essentials. We have a wide selection of male grooming salon therapies .

With over 20 years of experience we offer the very best in beauty essentials, so Indulge yourself in a full range of Beauty Treatments and Therapies, our experienced team are waiting

Delivering the promise and extraordinary results – Venus Freeze™ is a non-invasive anti-aging treatment that works to smoothen cellulite*, diminish fine lines and wrinkles, tighten skin*, and contour the body* by using heat to boost collagen production. What are you waiting for ?

A natural looking tan that is applied with a special mitt to ensure even coverage to the body. The tan contains a tinted guide for ease of application which will give an instant colour and then develop into a deeper colour.

We offer a huge range of solution led ESPA face, body treatments and massages,
each one designed and tailored specifically to ensure you experience the
best physical and emotional therapeutic benefits depending on your skins needs.

HD Brows is a seven step eyebrow shaping treatment that focuses on shape and design. It involves a combination of techniques, including tinting, waxing and threading, using specialist HD Brow products. 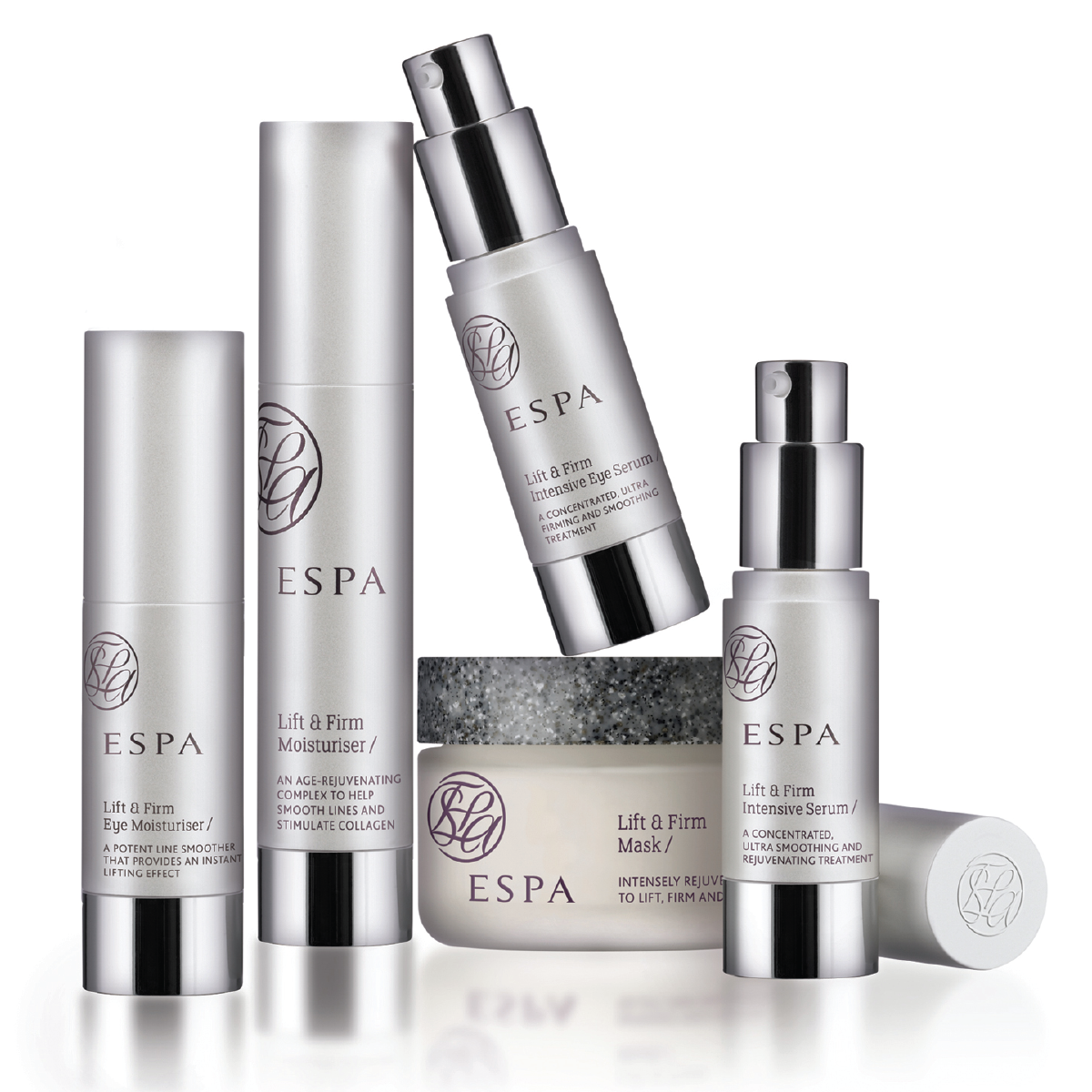 Welcome to the World of ESPA

Our facials begin with a detailed consultation and in-depth skin analysis using SkinVisionTM technology to identify skin conditions not visible to the naked eye. Your facial is specifically tailored to you, to include cleansing, exfoliation, steam and extraction where necessary, and a treatment specific massage, mask and intensive serum.

Finally, skincare products are chosen for your individual needs to achieve the best possible results. To maintain the ultimate in healthy radiant skin we recommend a facial once a month.

What others are saying

Sincere apologies for the delay in sending you this review, but it now gives me great pleasure to do so…

Vicky asked if I would write a review on the acne treatment my daughter Jenny has received and I am more than happy to do so. This treatment really does work and I now have an ‘acne and scar free’ daughter, but more importantly, a happy daughter, with her self esteem restored!
Here’s our story…

My daughter Jenny started getting the odd spot at the beginning of her second year at high school (aged 12) and by the end of that school year it had developed into full blown acne! By this time, we had exhausted all the ‘off the shelf’ products you can buy and decided to seek medical advice. Success!… but, not for long! Jenny was prescribed numerous antibiotics that all worked initially, then it was back to square one (on reflection, this is a good thing, because, as we all know, long term antibiotics are not good for you). Another year passed and our GP referred us to a Dermatologist at the local hospital, but unfortunately the treatment didn’t work. If you are a mum with a teenager going through this, or indeed, going through it yourself, you can appreciate how we were getting desperate at this stage, so desperate in fact, that we even considered Roaccutane, but we really didn’t want to go down that path, due to the side effects.

We kept scouring the internet, but in vain, and I was getting increasingly concerned, as I could see my daughter’s self esteem was getting lower and lower.

THEN…. I happened to mention it to my hairdresser and she suggested trying Vicky. As you can imagine, I was very sceptical, because there are a lot of claims out there about ‘curing’ acne, but of course, a lot of them are simply not true. Jenny was now 15 and becoming extremely self conscious, so I thought, why not give it a go?

Somewhat reluctantly, we both went along for Vicky’s first consultation. She did a thorough assessment and explained fully the treatment, the time scales and the commitment required from Jenny. She promised (yes, promised) she could get rid of Jenny’s acne, but she couldn’t promise that Jenny would never have another spot … music to our ears! Here was someone, for the first time, giving us the facts, not dressing it up. We were absolutely fine with the odd spot – they are normal and everyone gets them at certain times of their lives for various reasons.

So, we decided to give it a go. As I mentioned earlier, this requires full commitment from you, the client. It’s not just a case of going along to Vicky for your treatment, then forgetting about it until the next time. No, it requires dedication to a daily cleansing routine both morning and night, and a weekly deep cleansing routine. To her credit, Jenny followed her routine to the letter (she so wanted this to work) and all the time, had 110% support from Vicky.

I really can’t commend Vicky enough on her dedication to her clients. She is not your 9 – 5, she is always at the other end of the phone to give advice and support when needed, goes that extra mile – her customer service is second to none.

In a nutshell, she knows her ‘stuff ‘… what she said would happen – did and just as important, within the time scales she gave.

Finally, As I’m writing this and reflecting, I remember how Jenny would never go out without plastering loads of concealer and foundation to cover up her acne and scarring, but now I’m delighted to say, she hardly wears any make up and just uses it to enhance!

I first saw the advertisement for Evolve in a magazine whilst waiting for an appointment with the local chiropodist. I slowly and quietly tore out the page! Well we’ve all done it. This was my last hope.

I was suffering, so I thought, from excessive thread veins on my face. Coming out of the cold into a warm room would make my face become very red and inflamed. The many cosmetics bought over the years, (I am now in my 60’s) have cost me a fortune. Each jar, believing this was miracle cream to reduce redness, creams to cover veins, creams, oils and rose water (very expensive) all to no avail. You were my last hope.

My appointment was made with you at Evolve. At this point I had started declining social events, making excuses so I didn’t have to go. My face looked like the rising sun and lipstick merged into my face. I was becoming a recluse! At the consultation you told me not only do I have severe red veins but also acute rosacea, (my medical book says rosacea, after a period of time becomes permanent) and has to be treated before we deal with the veins.

I left your consultation room with a bag full of creams and lotions, a list of appointments plus the reassurance within 3 months I will be smiling. Purse a lot lighter I returned home to the question “do you really think this will work?”

Well proof is in the face I see everyday. I am amazed what has been achieved by your treatments and products. The products are used and replaced time and time again. My rosacea ha now disappeared, as long as I keep up with your creams, my veins are virtually gone. A twice a year zap solves the problem.

My life ha completely changed. Confidence is back. I now only have Danne products, foundation (chosen by you) and guess what LIPSTICK. Thank you Vicky, my very best wishes to you from a very grateful client.

I’ve been meaning to send you this email for weeks but work and a bad memory has delayed me!

I just wanted to say a HUGE thank you for what you have done for Lucy’s face and her confidence. I can’t believe her beautiful clear skin, its fantastic!

She is SO much happier, doesn’t need to wear make-up if she doesn’t want to and is happy for all her new flat mates at uni to see her first thing in the morning!

I have to be honest and say that I really didn’t think anything would work after over the years seeing 3 dermatologists, a skin doctor in Abu Dhabi, taking antibiotics, using antibiotic creams, other specialist skin creams, not one of them worked. I feared we would be down the Roaccuatane route, which I really wanted to avoid but it does come to a point where you think which is worse, her skin and state of mind versus a horrible drug that will sort that but give her other nasty side effects, its an impossible situation.

But then the ‘skin angel – you’ came into our lives and even after a few weeks of treatment and using the products as directed by you, we start to see an improvement and it just gets better and better, its amazing, your amazing. You have been nothing but kind and lovely to Lucy, calm and reassuring at all times you have helped her physically and emotionally, with your encouragement and positive attitude, she started to believe herself that things would get better!

My only regret is that I didn’t come to you years earlier like I should have. I kept thinking she would grow out of it, its not that bad, trying her with different skin products not realising at all the damage it was having to her self esteem, if only I could turn the clock back!

Anyway we are where we are, and we’re in a fantastic place, yes we have to travel quite a way for her treatment, yes it can feel a bit pricey, but every single bit of it is worth it and I would recommend you (and have done) to anyone and everyone! Distance and money are nothing to a happy healthy child, well young adult! I’d do it all again in a heartbeat , except sooner!
Thanks so much again Vicky,

Get in Touch Today to book an appointment